TRANSMISSION REPAIR- What are My Options? 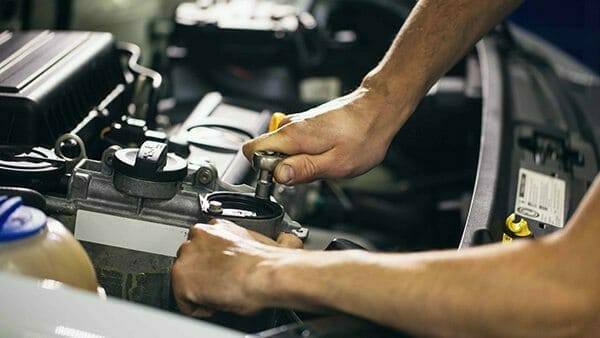 You have several options when it comes to automatic transmission repair. Each option has its own advantages and disadvantages. Your choice will ultimately depend on factors like cost, quality and how long it takes you to get your car back. Here is some information to help you understand your choices:

New transmissions are not available from the dealer or any other source because they are only used in the production of new cars and trucks. When you purchase a transmission from the dealer you are actually getting one that is remanufactured. This is an important consideration when looking at the cost of the transmission.

You can’t find a dealer that will rebuild a transmission anymore. Brownies Independent Transmission actually rebuilds and replaces the damaged and worn our parts, which makes the job much cheaper. A rebuilt transmission is one where the transmission is disassembled and inspected, worn or damaged parts are replaced (generally referred to as “hard parts”) and then reassembled to factory specifications, along with new gaskets, seals, clutches and bands. These are commonly referred to as “soft parts”. The term “rebuilt” is generally used in a shop setting where the customer’s transmission is removed from the car, rebuilt and then reinstalled. It is a custom process performed by a specialist. Other terms you may hear that have the same meaning are “refurbished, reconditioned or overhauled”, they have the same meaning.

A remanufactured transmission (commonly referred to as a “reman”) is the same as a rebuilt transmission except that the work is done in a factory setting. There are two common practices used in remanufacturing. One uses a team of workers skilled in a specific area of the repair. One person does the teardown and inspection, one person does the cleaning, several people will assemble and restore certain components and a final person will assemble the transmission.
The other uses a single person skilled at rebuilding a specific transmission or family of transmissions. There’ll be a Ford specialist, a GM specialist, a Chrysler specialist and so on. In this instance, they’ll rebuild an entire transmission from start to finish.
In both instances the transmission is then tested on a dynamometer and then shipped to a retail outlet for sale (include dealerships).

Brownies Independent Transmission repairs many transmissions. Since we have builders, and dealers don’t, this is a more cost effective repair. Dealers simply replace the entire transmission and charge you for it. A repaired transmission is one where a specific component is replaced or fixed. For example, if an input shaft broke or a solenoid failed those parts can be replaced without rebuilding the entire transmission. This includes instances were a transmission may have a leak. During the inspection it’s learned that the internal components still have a lot of mileage left in them. In this case just the external seals would be replaced in order to resolve the leaking problem. Generally speaking, with a repair, only the component that is replaced would be warranted. This can be problematic in that you may spend a significant amount of money on a repair and later have something in the transmission fail that is unrelated to the repair. It’s cost effective but does have an element of risk.

Another possibility today is to have a used transmission installed. Used transmissions have become a viable option because insurance companies will often total a car simply because the airbags deployed from a relatively minor accident, even though the rest of the car may be in terrific condition, with very low mileage.
A used transmission may cost hundreds less than a rebuild but in most cases they come with a lesser warranty, so there is a trade-off.

Keep in mind that not every option may be practical for you. A lot depends on the type of car you have, the mileage, the type of failure, and more. Brownies Independent Transmission will be happy to diagnose your car’s problem, and discuss the transmission repair options that are available to you.

Trusted For Over 60 Years!